Skip to content
by Marc PennacchiaPosted on31 octobre 201127 novembre 2011 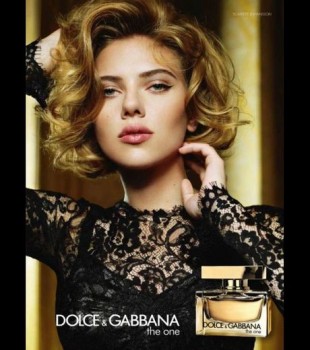 Dolce & Gabbana, in the world of perfume, is the success of the last 5 years.

The brand already had two solid fragrance Light Blue & Pour Homme before the signing of the license with Procter & Gamble in 2006 but has since been totally boosted by its new owner to enter now in the Top 5 most sold brands in the world.

Cornerstones of this success, two franchises Light Blue & The One. If the first part was existing, the second is a pure P & G creation, capitalizing on the attractiveness of the brand and the glamor that characterizes it.

And things were done well, it must be said: a good perfume marketed but not totally without of asperities, a first muse at the top with Gisele Büdchen and the masterstroke signing with Scarlett Johansson in 2007.

At that time, the area has been precised. The One is the scent of Hollywood glamor & Cinecittà, a tribute to a golden age that no longer exists in which femininity was exacerbated. Three films and subsequent versions were made for The One, The Rose and Eau The One The One, featuring an extremely theatrical diva on a stage with traveling and single plan.

In 2011, the story continues and makes us go behind the scenes with an interview of her. Sassy, charming, seductive, … Scarlett reminds us the sensuality of Sophia Loren in this new film by Jean-Baptiste Mondino. Note the importance of music which is taken from A Place in the Sun, the 1951 film with Elizabeth Taylor and Montgomery Cliff, strengthening even further the Hollywood legacy.