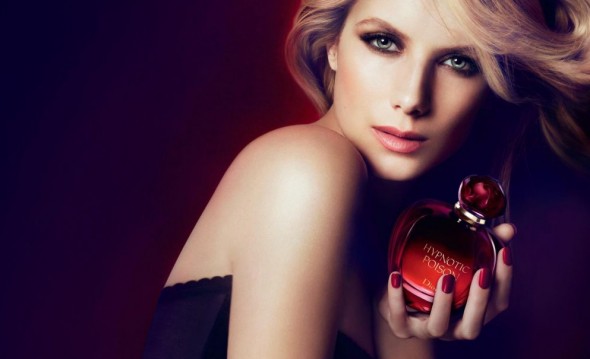 Poison (1985) is a legendary name in the world of perfume, a fragrance of the most influential of the 1980s. Opulent, heady, intoxicating.

This mythical perfume has since been converted into one of the fastest growing franchise with Tendre Poison (1994), Hypnotic Poison (1998), Pure Poison (2004) and Midnight Poison (2007).

However, of all variations of smell, one is denoted by his notes particularly almondy, vanilla and jasmine, Hypnotic Poison. The fragrance is also meeting a huge success in Italy, where it is N°1 in the market as well as Germany and France where it is in the Top 20.

To support its development, a new commercial featuring the new face Mélanie Laurent came to theaters in October. The film presents a bewitching woman, a modern day Circe playing with his pretender to the point of transforming into a black panther. Them taking place in the magnificent Louvre museum and an air of Nina Simone, I put spell on you.