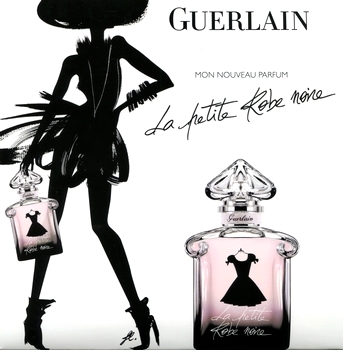 The release of a new perfume at Guerlain represents an important event for the world of perfumery. Announced for March 2012, everyone already expects La Petite Robe Noire, the last of the juice of the house.

Previously launched in exclusive version in Guerlain boutiques, this little dress will then be available for the entire public in eau de parfum version 30, 50 and 75ml. It is for Guerlain the eternal feminine. Always in style and yet so timeless, it appeals to men and women since 1920. The must have of feminine elegance in its purest form.

« A fragrance is in its way an invisible dress, a play between what is hidden and what is revealed. « Thierry WASSER nose of Guerlain. The juice is an ode to tasty fragrances an alliance with black cherry and black rose, bergamot and accompanied by the sensuality of smoked tea and patchouli. The bottle is inspired by the heart spilled bottle of L’Heure Bleue, designed by Raymond Guerlain in 1912.

For communication, the duo Kuntzel and Deygas signs an impertinent animated film without muse. La Petite Robe Noire wanders through Paris, freely, dancing and enticing passersby on the music by Nancy Sinatra, « These boots are made ​​for walking ». 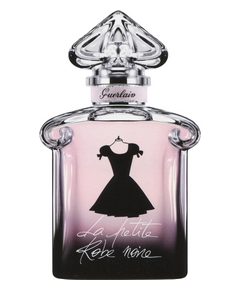 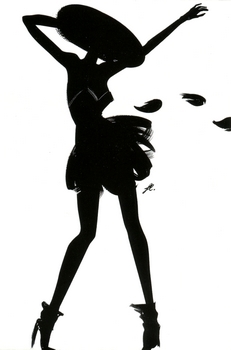 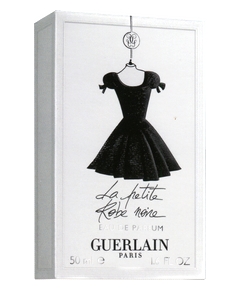