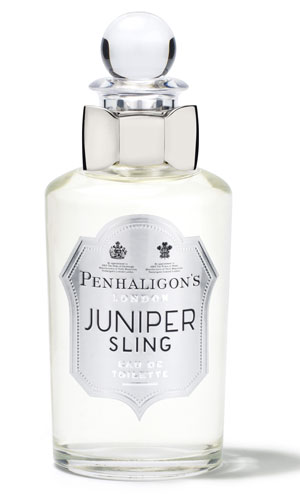 Founded in 1860 in London, Penhaligon’s embodies the legacy of the traditional English perfumery where refinement requires a large place given to raw materials. A world of excellence which bears the arms of the English crown since Queen Victoria.

However, this grounding in the tradition does not prevent the brand to innovate as it has recently shown with Juniper Sling.

Juniper Sling is a unisex fragrance composed by Olivier Cresp and inspired by the most famous english cocktail, the London Dry Gin, very popular during the Roaring Twenties. The creation of this fragrance is based on the meeting between the perfumer and Thierry Hernandez, director of the Bar at the Plaza Athénée. A new approach around the juniper berry, backed by woody,aromatic and spicy notes.