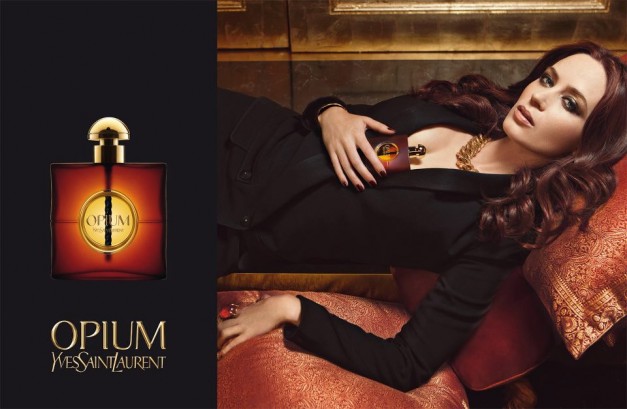 There are absences that last too long. Especially when the perfume is a myth and it’s called Opium.

After 10 years of silence in television, Opium by Yves Saint Laurent returned to the screens. And for a return, it is a successful one. A commercial with an extreme theatricality which is conjugating excitement and grandiose.

All elements of a great movie are together.

First, a unique scent, a monument of perfumery. Launched in 1977, Opium has become at once a success, giving back its pedigree in the genre of Oriental into disuse at the time. Inspired by an imaginary and imperial East, it is a scent of transgression. Bewitching, opulent, rich. A great scent trail, recognizable, and whose success is still alive today.

Then, a new face, capable of embodying the woman Yves Saint Laurent, as few have been able to do: Emily Blunt. Rising star of worldwide cinema (The Devil Wears Prada, The Young Victoria, Sunshine Cleaning,…), she is incadescent and disturbing at will. Feline, she seduces at a glance. Her determination and strength are second to none.

Finally, the music, Requiem in D minor III Lacrimosa by Wolfgang Amadeus Mozart, raises the tension crescendo. It takes you in this world so special, so intriguing that it will not leave you once you’ve seen it.

Everything is directed by French director Romain Gavras.